For anything that a couple acquired while living together, the law says that such property is to be split equally, 50-50. Even if one party acquired it and has formal ownership, the other party is entitled to an equal share of it if it was acquired while the couple cohabited. There are also provisions for an un-equal division of family property to consider, too.

The law allows each party to keep property that he or she had prior to the relationship. However, both parties are entitled to an equal share in any increased value in such “excluded” property. This rule on increased value applies to such family property as a house, land, furniture, vehicles, pensions, bank accounts and businesses.

For example, the owner of a house acquired before the relation is entitled to keep the house after a separation. But if the home has increased in value by 20% over the life of the relationship, both spouses equally split the value of that 20% increase.

Although some exceptions exist to the 50-50 split rule such as gifts and inheritances directed at one spouse the same rule on splitting the increased value accrued over the life of the relationship applies.

Please note that the above is for informational purposes only and is not intended to provide you with legal advice.

As with any other legal matter it is always advisable to talk to your lawyer. Contact us at Sidhu Lawyers to setup a free case evaluation. 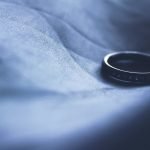 What Happens in a Divorce?Divorce Lawyer, Family Law